You can enroll online, in person at the Senior Center (Civic Park Community Center), or by mail for your 2023 Walnut Creek Seniors Club Membership for $20 for the calendar year

If you are using PerfectMind (the service the city uses) to sign up for classes, you are ready to go online.  As always, the link is: cityofwalnutcreek.perfectmind.com

If you are already a member, but don’t know your password, instruction #1 will tell you how to retrieve it. New members to Arts + Rec or the Walnut Creek Seniors Club, please start at #1.

You can sign up for membership and also make a donation.  Please read all instructions carefully.

For complete instructions and a downloadable printable form, click MEMBERSHIP on the main menu.

Call to order on Zoom at 9:33 am by Fred Rentschler

Treasurer’s Report – Rich reports that unrestricted checking was $57,229 on 7-31-22, down $226 from June.  Creaker restricted checking is $15,255, up $100.  For the month of July WCSC has a net operating loss of $138 compared to net income of $1856 in June.  The largest revenue was another Google grant of $3912 which is a pass through to Special Summer Camp.  In August $4061.40 was collected for April-June fees collected by the City related to WCSC programs. Further information on this will be available in the next report.  Two CD’s are coming due in September and October.

Manager/Coordinator Update – Kat out of town

*Presentation to the Board by Jane West regarding the Perennials Garden Club.  Jane summarized what has been accomplished so far since this new club began.  It met on Zoom at first after it began in August 2020.  Jane was requesting $500 for program speakers.  She is able to get some at no charge but some require a fee.  Non-profits often ask for donations.  After discussion, the Board agreed to provide $500 for the 2023 programs.

Newsletter – Fred will take over the newsletter as Robin has developed carpel tunnel and can no longer do it.  She is available to help Fred out.  Many thanks to Robin!

2022 WCSC Audit – this will be moved to September

2023 Elections – we need candidates for the November newsletter.  Fred will pursue.

Changing Banks – Due to the lack of cooperation from our current bank, we need a new bank.  Wells Fargo was suggested. Wayne moved that we contact Wells Fargo about an account.  Jody seconded the motion and it carried 7-0.

AED Batteries – the Creakers have 4 AEDs that were donated by an ambulance company.  The batteries are at the end of their useful life and need to be replaced for a cost of about $800.  Donn has been looking into replacement batteries.  After discussion, the sense of the group was that new AED units should be purchased.  A motion was made by Wayne with a second by Rich.  WCSC should pay 100% of the cost for new AEDs.  5 yes, 1 abstention. Motion passed.

Creakers will ask the City for shade cover for the dugout.  Fred will talk to City officials.  Art said the City has a shade plan and Fred will ask for a new shade plan to include dugouts. 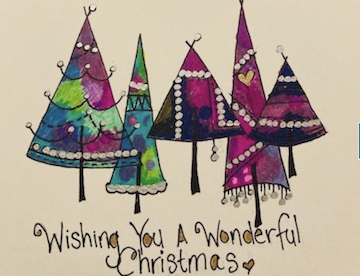 on Front Patio of Community Center

Come join us for a 40- minute Holiday Sing-Along with lyrics sheets available for the the audience. The Let’s Sing Chorus will sing White Christmas, Silver Bells, I Saw Mommy Kissing Santa Claus, O Holy Night and much more. We would for you to sing along with us. Or you are welcome to sit and observe.

If you would like an email reminder the day before the event, click on rzzwolf@gmail.com. It is helpful if we know you would like to come. Then we can have enough chairs, snacks, and lyrics booklets for the audience. But no reservation is necessary. It is a drop-in event.

Native Plant Growers
Tuesdays, weekly from 10:00 am to 11:00 am.
Meet at the garden with green fence & flags near the Community Center at the entry to the small parking lot.
No Drop-in fee. 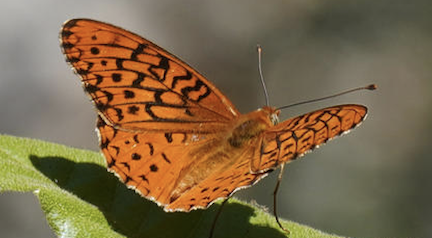 The Seniors Club has a Native Plant Growers drop-in group. We are creating a habitat for butterflies, including the beautiful orange and black Fritillary. The Native Wildflower Garden is near the Civic Park Community Center.

Wild Violets are a beautiful, low-growing, sturdy perennial plant that is easy to grow. It makes a good ground cover or border for taller plants. Here are two native violets that our Native Plant Growers are putting into the Civic Park garden. They might interest you for your garden.

Dog Violet, Viola adunca, (also called Hookedspur Violet) is a perennial with blue, purple or white flowers in the spring and summer. This drought tolerant ground cover grows about 1 foot high, and spreads. It likes part shade but can take some sun.
Evergreen Violet, Viola sempervirens, (also called Redwood Violet) is a low growing perennial, 6 inches tall that spreads. It blooms with yellow or purple flowers in winter and spring. This violet likes full shade or part shade and is drought tolerant.

Walnut Creek Recreation is offering Travel Club 2023 Memberships for $15 a year. You must be 50 years or older to join.

Sign up for the Travel Club to receive a discount on adult 50+ day trips and 50+ extended travel trips.

Having trouble doing it online? Stop by the Civic Park Community Center Monday through Thursday between 10:00 AM and 2:00 PM for more information.

If you have any questions or require assistance, please email the Arts + Recreation Customer Service Team at ArtsRec@walnut-creek.org or call (925) 295-1490.

by Sharon Doherty, Leader of Pétanque

Pétanque has been cancelled because of low attendance. Pétanque was held on every 2nd and 4th Tuesday from 10:30 to 12:30. Our membership has been very low, and it seems the time doesn’t work for many of our old timers. Perhaps another year we can try again. It was lots of fun and making new friends along the way has been just great.